It’s an odd title, I know, but an appropriate one for this blog post.

Why, you may ask?

Because even though my last post was about food, so is this one even if for a different reason.

The fruit in Italy is amazing.

I’ll preface this by saying that I’m not the biggest fan of most vegetables and some fruits, especially tomatoes.

Which probably makes my decision to come to Italy more than a little laughable.

But when the other day I was staring out across the street at the Colosseum from the restaurant I’d chosen for lunch, biting into the most luscious, sweetest tomatoes of my life on fresh baked bread for my starter, I’ve had to reevaluate that opinion.

One of my fellow diners, an older American from Boston, was of the opinion that in North America, we don’t actually know what a lot of fresh produce is supposed to taste like.

After going to the produce stand down the street from my AirBnB in Naples and selecting a handful of small citrus fruits still with their stems and leaves attached that might be tangerines or clementines or…something since I don’t speak Italian, that I got for one euro per kilo, I’m forced to agree.  Sweet.  Succulent.  Firm-fleshed and delectable.

Yeah, score one for the older guy.

When it comes to fruit and produce, unless it’s locally grown and harvested in-season, I’d have to say that we really don’t know what it’s supposed to taste like because those little orange citrus fruits?

Some of the best things I’ve ever tasted.

I’ve been absent for the last several days, but that’s due to a few different things.

However, now that I’m back, I have to gush a bit about food.

Especially since I’ve had some of the best food of my life in the last week!

It started at Oxford with (what I call) pot pies at Pieminister:

I know, not everyone’s thing.

But in the top 10 of things I’ve eaten in my life filled with free-range beef, awesome bacon, and with mashed potatoes and gravy.

I went back the next day, had another, and this time topped it with crispy onions.

If all else fails, I’ve found a place to eat myself into a food coma.

Now I’m in Rome and while I could gush about the Vatican or the ruins or the Colosseum, instead I’m going to gush about their pastries.

Specifically their cream puffs, which made the top 5 of sweets I’ve ever had.

One near-obligatory food post down, maybe more to come.

Great news!  The Dryad and the Dudebro, the first in my modern fairytales short story series and introduction to the world of Ashley Brown is now available for Pre-Order!

Find it here: Pre-Order The Dryad and the Dudebro

It releases Friday with distribution provided by Smashwords.

Cardiff was a bit of a side-trip in order to see one of my best writing friends who lives in Newport so I didn’t see much of it since most of my day there was spent tucked away in the Great Western pub having tea and lunch with Mik.

That said, it reminded me a great deal of Western Washington with the colder weather, rain, and beautiful green fields I could see from the train.

Western Washington plus a castle or two!

Pictured below is another familiar sight from Western Washington who kept me company (hoping for a piece of my breakfast no doubt) at the train station while I waited for the train to Oxford. 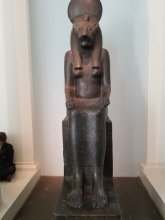 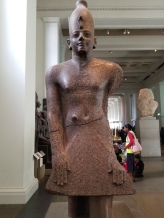 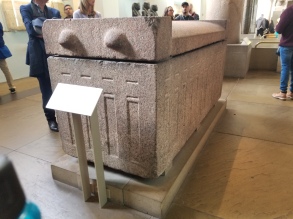 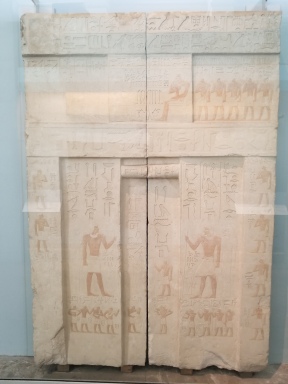 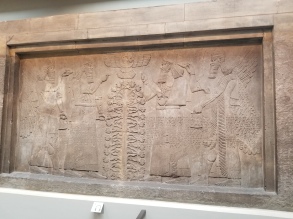 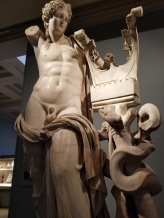 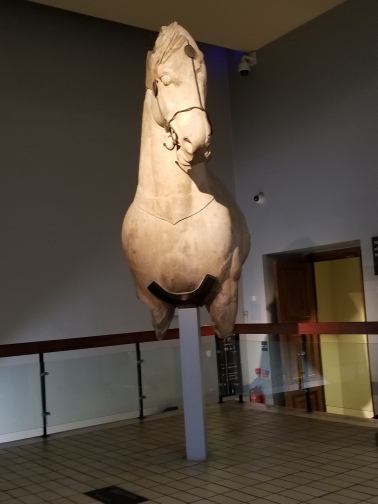 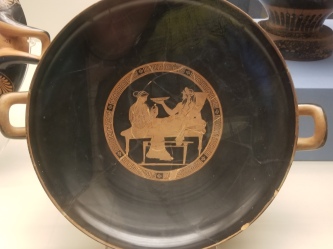 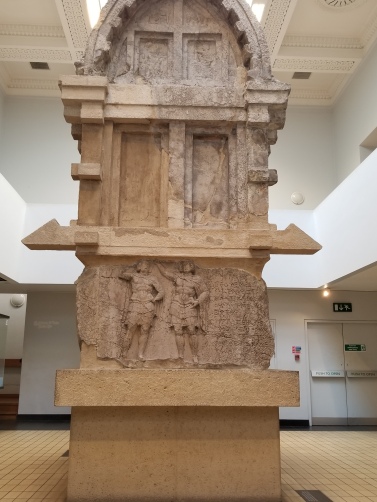 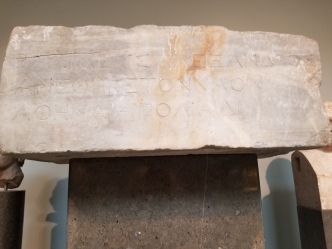 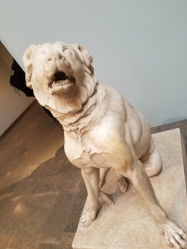 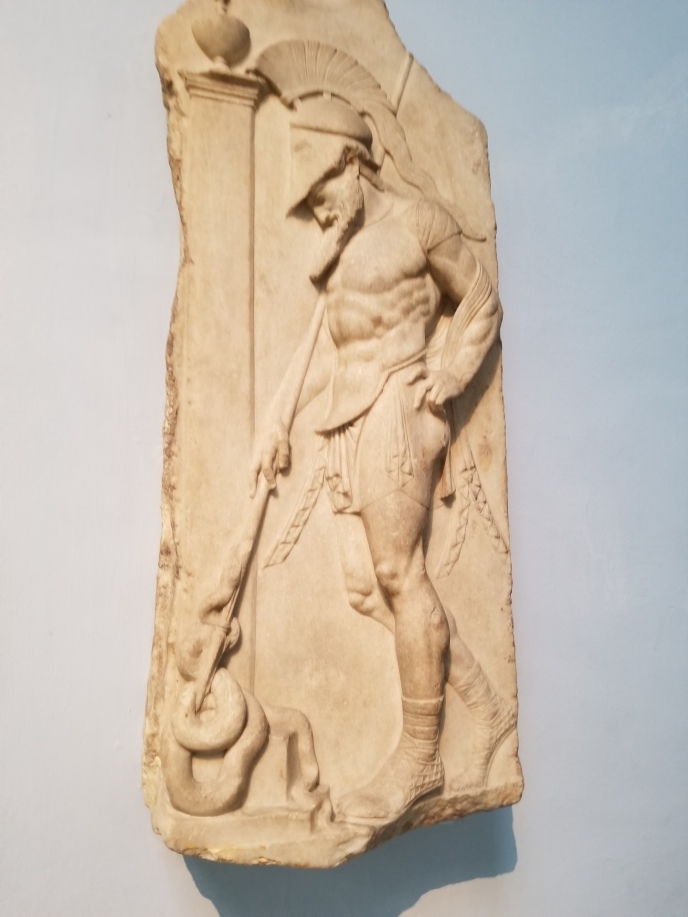 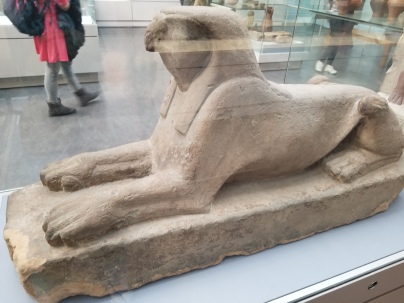 My favorite exhibits from the Assyrian, Egyptian, and Ancient Greek sections of the British Museum. 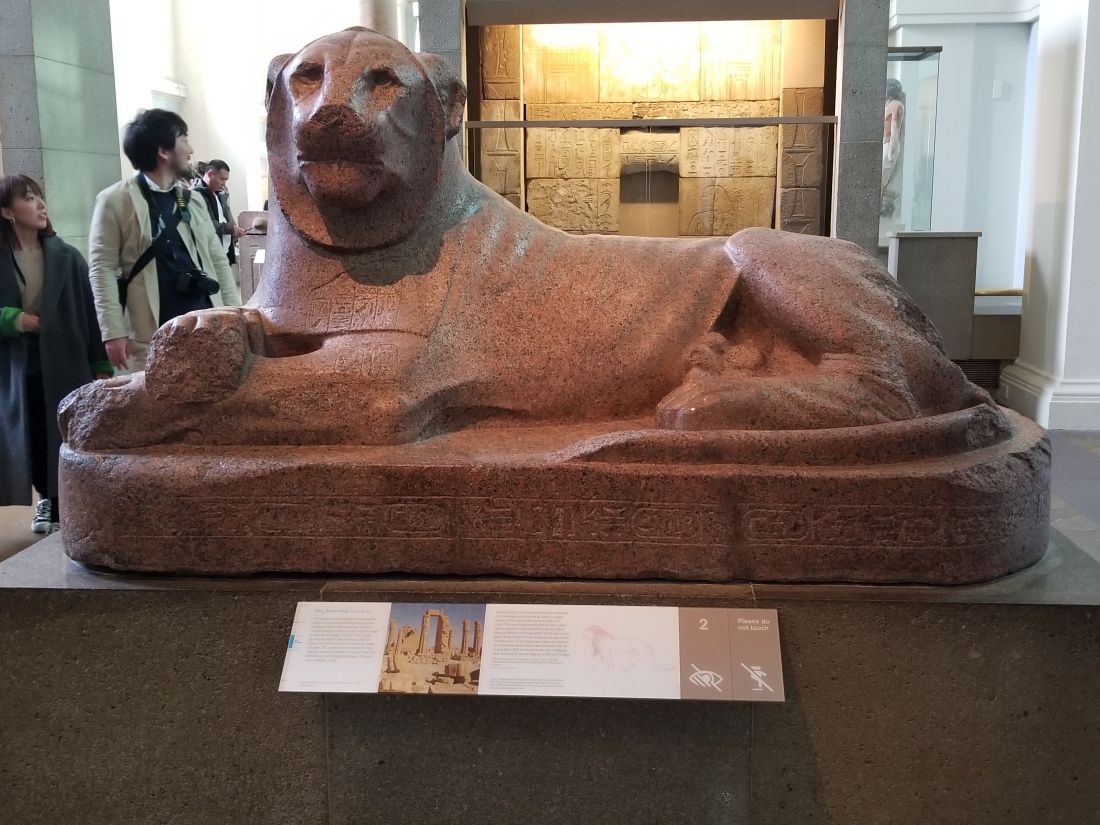 I have to preface this by saying that I in no way managed to see everything at the British Museum in one day.  If pressed, I think I got through about a third of the free exhibits/galleries/etc. in the handful of hours I spent there.  So I’m sorry if I don’t discuss something of interest to a reader, I simply didn’t have the time to complete my tour of the famous institution before I had to leave for Cardiff today for tea and lunch with an amazing friend of mine.

That said, let’s get into it shall we?

The British Museum is a landmark institution supported by donors of all shapes and sizes from those donating a single pound to hundreds of thousands of pounds out of their pockets each year.  It is immense.  Both in size and in the scope of subjects, topics, and exhibits that are all on display and free to the public to enjoy.

My first impression, after maneuvering through to where I had to start my day: Egypt, was one of feeling quite small and humble in comparison to the works and monuments that tower over head or stand on pillars.  In the Assyrian and Egyptian wings in particular I was left with a sense of having the ghosts of the past walking in step, behind, and before me as I took and soaked in the wonders that they created from towering sculptures to tiny beads and handcrafts.  And that was just the beginning of my day.

In the section devoted to Ancient and Early Britain I was privileged to handle a bronze bangle bracelet that was hundreds of years old as well as a reproduction of a heavy silver plate inscribed with a scene of Pan and a handmaiden playing flutes and celebrating dating back to Roman Britain.

Though of everything I saw, far too many things to enumerate here, perhaps my favorite was one of the last: an Aztec sculpture of a coiled rattlesnake that not only was quite realistically carved but even had the underside carved to deliniate the segmentation of its belly.

Really, I’m still processing and I might have more to say after I return to the Museum in a few days, but for now best wishes and happy travels! 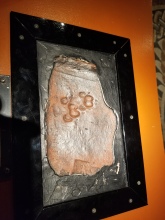 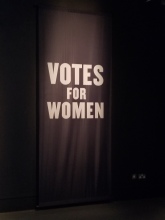 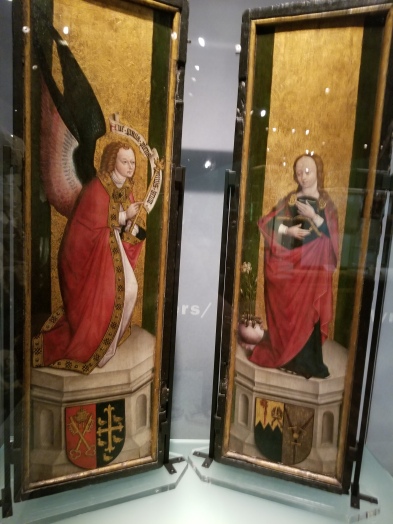 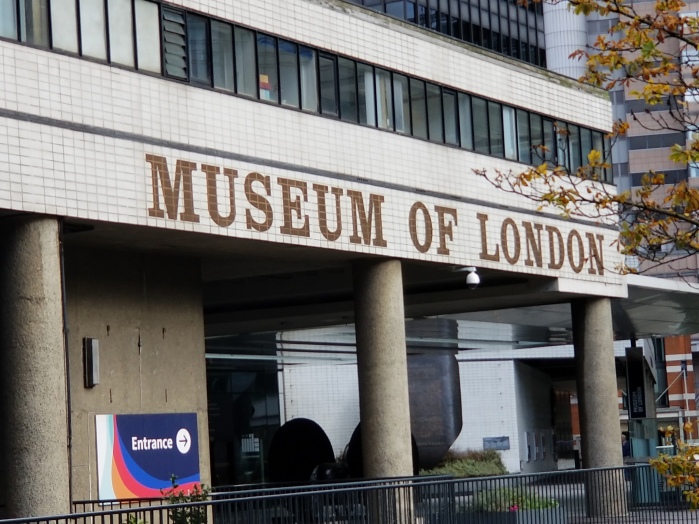 I woke up later than intended today and took my time getting ready to face the day, nevertheless, I spent the day wandering around the London Museum and enjoyed every single second of it.

Yes, even when the documentary on women’s suffrage had me teary-eyed.

I also might have spent more time than most people in the Pleasure Gardens exhibit that highlights the Regency era of Covent Garden, including some beautiful gowns and clothes from the era and a loop of acted scenes that mimic what the high society of London might have gotten up to in the Garden.

Following London from pre-Roman times all the way through the modern era including an installation featuring the creation of the 2012 London Olympic Cauldron, the trip was worth the donation as the Museum operates on donations to keep it free to the public.

An exception to this was the paid exhibit London Nights going on in one of the galleries but with the British Museum on my list for tomorrow I had to pass on spending the admittance fee.

Still and all, standing at a rail and overlooking part of the London Wall made the half-hour ride on the Underground and the negligible walk more than worth it.

More to come (including a few pictures!)

Day One of my trip (since I’m not counting Monday that was strictly travel) and I am exhausted.

The sad thing about jumping an ocean is that it drains you even if you manage, like I did hit-and-miss, to sleep during the flight.

My current total travel from leaving home to arriving at my hostel for the next couple of nights includes: an hour car ride, a nine hour flight, an hour plus (I didn’t catch the exact time) ride on the Underground, and then another hour of wandering and hopping buses to my hostel.

Needless to repeat it but I will anyway because I feel like being dramatic at the moment: I am exhausted.

The first thing that’s struck me beyond the drone of just get to the hostel and you can shower is listening to a blur and blend of languages and accents that my ear in several cases has never heard before in person.  There was a quartet of gentlemen that I originally thought might be French only to realize about a half-hour into the Underground ride that were actually speaking Italian.  My shame knows no limits over the mistake but at least I didn’t assume anything and make an ass out of myself when I was talking to them.

Thus far at the hostel I’ve met gentlemen from Ireland, Germany, and at the other end of the mixed-dorm is a group from somewhere I still haven’t pegged and given my failure during the tube ride I’d rather not venture a guess.

Four years ago I stepped away from publishing original work during a tumultuous time in my life. My marriage was crashing, I wasn’t happy with what I was producing anymore, and I just needed to take a hard look at everything I was doing and what my life was like. Then in the beginning of 2015 it happened: I moved out and filed for divorce.
By this time I had already discovered fanfiction and fallen in love with the entire concept – hard.
I loved that there were communities of thousands and millions of writers creating transformative works on platforms hosted all over the internet.
It was and is a global phenomenon that changed my life.
That’s when, in the middle of a rough divorce, that I started my first fanfiction and created “Sif Shadowheart” to be my presence and pen-name in the fandom realm.
Fast forward two million words and three years later.
I’m going through another transformative, difficult time but soul-searching and constant encouragement and interest renewed my love of writing when at one point I gave serious thought to walking away from it altogether.
And now Sif Abrams has been born.
Not quite the same presence and subject matter as Sif Shadowheart but a pen-name for a fresh start at a vocation that at times has been the only thing keeping me breathing from one day to the next.
Thank you for coming on this journey with me.
~ Sif
Become a Patron!